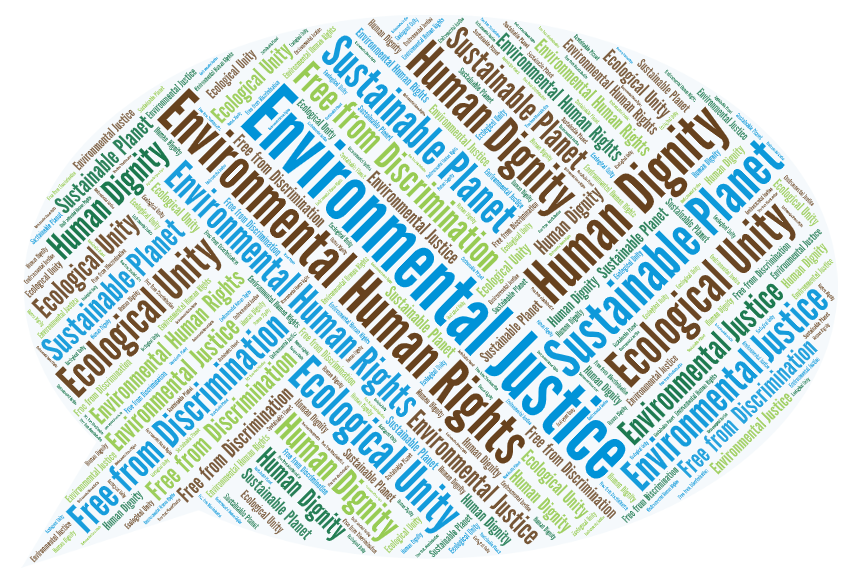 “Environmental Justice affirms the sacredness of Mother Earth, ecological unity and the interdependence of all species, and the right to be free from ecological destruction.” — The Delegates to the First National People of Color Environmental Leadership Summit

The Maryland Campaign for Environmental Human Rights (MDEHR) advocates for passing the Environmental Human Rights Amendment to protect the fundamental right to a healthful environment for every Marylander. A healthful environment is defined as clean air, water, land and a stable climate. It also recognizes the state and local governments as trustees of Maryland’s public natural resources on behalf of both current and future generations.

The Environmental Human Rights Amendment aligns with the first five of the 17 Environmental Justice Principles and would offer legal protection of some of these principles in Maryland’s state constitution.

Legally protecting the human right to a healthful environment is not a one size fits all solution. When passed in Maryland, it will be a legal tool that people can invoke if their rights are infringed upon by state or local governments. It is also a tool for local governments and state agencies to use in their role as trustees to protect Maryland’s public natural resources from degradation and harm.

How can Marylanders get involved?