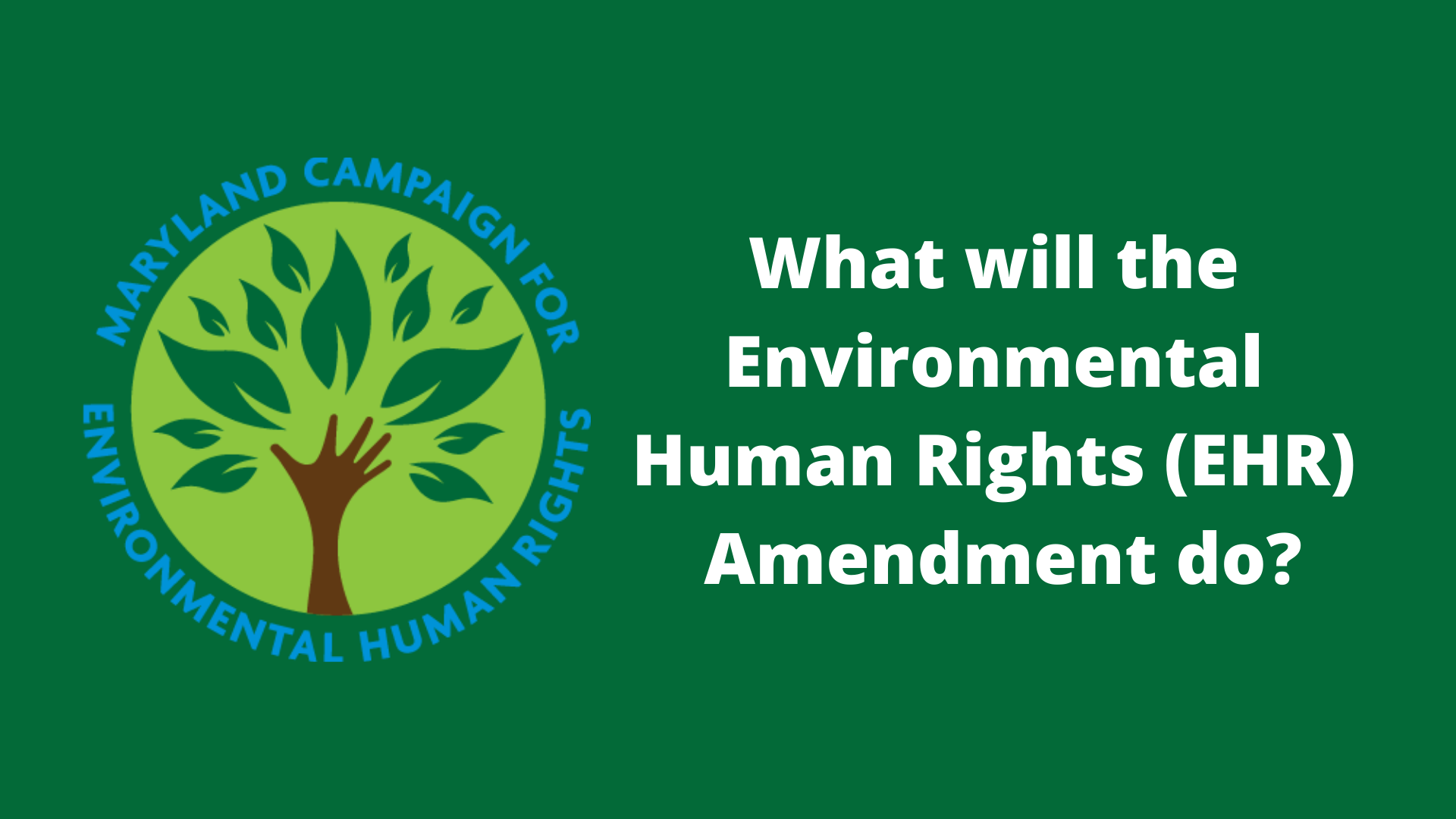 Amending the Maryland state constitution to assert each person’s right to a healthful environment changes an aspirational idea stated in the Maryland Environmental Policy Act to a fundamental and constitutionally protected right.

Why is this so important? Because the health of our environment on which our human health depends is being treated like discretionary privilege for some rather than a fundamental right for all. Your chances of being affected by environmental pollution is directly tied to your zip code. Privileges can be revoked at any time but rights can not.

Changing the status quo takes vision and courage. What type of world do we want to live in? What will it take to address the inequity in the way decisions are made? We can start by creating a foundation for laws concerned with protecting the health of the environment and health of the public that depends on it. The right to a healthful environment and stable climate is the foundation of the world that enables Marylanders and future generations to thrive.  It also assigns accountability to government officials and representatives to protect this human right and to preserve and maintain our public natural resources.

MDEHR will be exploring this question in a monthly blog series entitled, “What will the Amendment do?” It is well worth time digging into this because in essence, this amendment opens up the door to a different reality for Maryland. A reality where rights to a healthful environment and stable climate are respected by the government and by the people. A reality where life expectancy and personal health are not a privilege or compromised by environmental pollution.

The EHR amendment will change how the government acts.

Beyond codifying a fundamental right, the EHR amendment will change how the government of Maryland behaves. The EHR amendment confers on the state the responsibility of trustee or guardian of  Maryland’s public natural resources on behalf of current and future generations. By “state”, we mean state, county, and municipal government.

In the six states that currently have environmental rights language in their state constitution, there are examples that demonstrate how the amendment has changed government behavior. MDEHR expects that these changes could occur in Maryland as well.

MDEHR believes that the right to a healthful environment and a stable climate are essential for the people and economy of Maryland to thrive today and for future generations to be able to thrive in the future. Systemic change is needed to ensure that this happens. The EHR amendment is part of the systemic change needed in Maryland to reset how the government operates on behalf of the people of Maryland.

Does this resonate with you? Stand with MDEHR. Read and sign our pledge at www.mdehr.org/pledge.